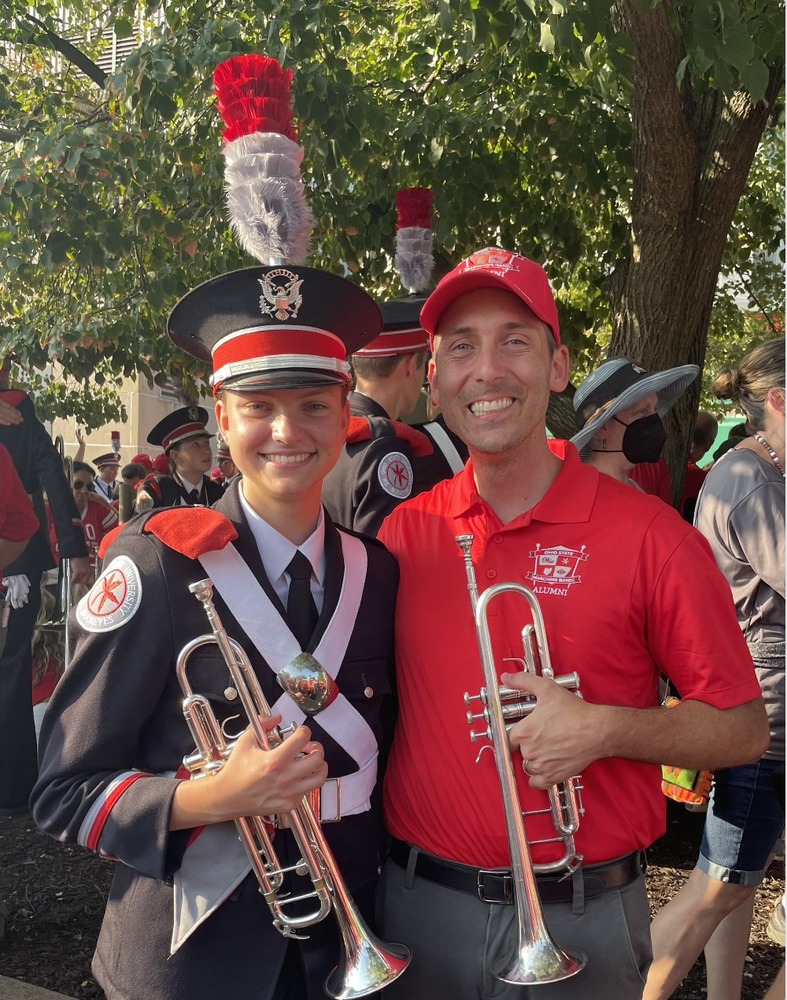 Carolyn Hensley (WGHS class of 2022) is one of the newest members of The Ohio State University Marching Band (TBDBITL) playing the trumpet. The OSUMB has a rigorous tryout process, and while 400-500 students audition for the band each year, only 225 are accepted to the group. Carolyn worked hard all summer and attended weekly practices, as well as many extra hours of music and marching  practice on her own to prepare for the audition process. Carolyn was a West G recipient of the "John Philip Sousa Award" at her senior year final concert, and we have always been very proud of her musical accomplishments!! Carolyn is the first WG grad to make it into the band since 2010, and is one of four in the past 25 years! (Frank Cosenza 2006-2010, Maria Cosenza 2004-2008, Jason Branch (2004-2008), and Becca Rudzinski[DeMattia] 2006-2010).

West Geauga Band Director, Mr. Branch recently marched with the OSU band Alumni during the pregame and halftime show of the OSU vs. Toledo game. He Caroyln Hensley had the opportunity to march together on the field, which was an awesome experience!